It covers an area of 51 mu, and is composed of Baoben Tower Garden with long history, and East and West Tower Bridges. The Baoben Tower in Parrot Island is one of the oldest existing buildings in Pinghu. Baoben Tower, commonly known as Pinghu Tower or East Lake Tower, originally built in the 42th year of Ming Jiajing Dynasty(1563), while Lu Gao, the man in charge of ministry of penalty at that time was responsible for the construction project. It took three years to be finished. Due to the influence of Chinese traditional Baoben Thoughts, the tower was named Baoben Tower. The existing tower, now a Zhejiang provincial cultural relics protection unit, was built in the 27th year of Qing Kangxi Dynasty(1688), and a local named Lu Rou presided over the construction. As soon as Baoben Tower was accomplished, BaobenTemple so named because of Baoben Tower was built. The temple as a Buddhist resort, has been having famous monks and abbots and attracting a great number of prayers since Ming Jiajing Dynasty. In May 2006 the temple held unprecedented welcome Buddha ceremony and Buddhism ceremony, which has become a major event in the history of Buddhism in Pinghu, and painted the temple a brilliant religious color. 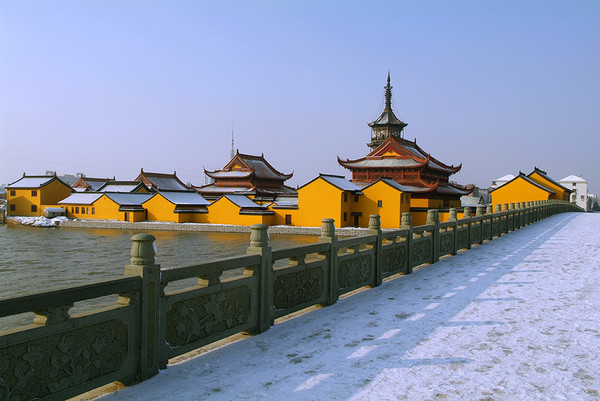