The Green of An Hill

The Green of An Hill is a place of gardens with beautiful water and hill scenery, covering an area of 106 mu. Originally, there was a plain land with no hill near East Lake. In North Song Dynasty, Lu Zongdao, the magistrate of Haiyan County, who visited Danghu (Pinghu used to be called Danghu) twice during his term of service, was impressed by the beautiful scenery of East Lake, and planned to move to Danghu after his retirement. Afterward, he rose to be a Cenzhizhengshi (a high-ranking official), from which he retired, and as expected, moved to Danghu, and built Four Gao Gardens. As one of the Gao Gardens is just on the south of Six Miles Embankment, in order to construct garden landscape, he made people dig a river in the plain land, and piled the soil that dug from the land into an An-like (In Chinese ancient times, people called table “An”.) hill, where comes the name of it. 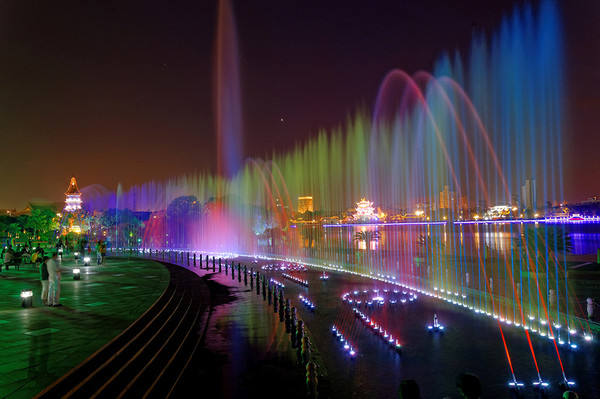